Surely on more than one occasion we have come across excellent comments about how the implementation of the virtualization system, that is, the possibility of installing one operating system within another  produced surprising results to those who put it into practice, offering a large number of advantages in in relation to the economy of both hardware and software resources , in addition to other surprising functionalities that would otherwise be very expensive to put into operation.

Although  “virtualization”  might seem a terminology closer to IT or large production areas, the truth is that it is a method from which all users can benefit, regardless of the workflow we handle, everything we need to put virtualization into practice And to enjoy its advantages is to know its implementation method and the required software,  points that are fortunately explained in a simple and enjoyable way in this article. Therefore, if you want to know a little more about virtualization , do not hesitate to continue reading. 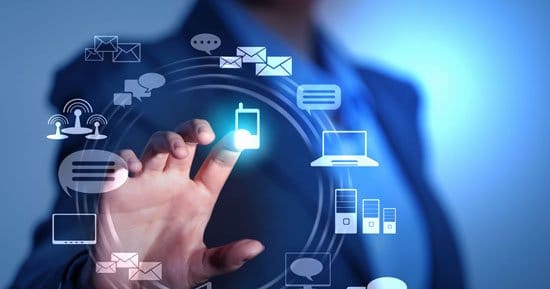 INTERESTING
What is an algorithm in computing? Get to know all the information about the characteristics and parts of an algorithm.

When the common user, at least the majority, thinks of “virtualization”, surely he is thinking of large and powerful computers,  with very complicated configuration tricks that only Linux gurus can solve,  but the truth is that this image is far from the truth. reality, since virtualization is a system that anyone can take advantage of.

In short,  the virtualization system  is nothing more than a simple technique, at least for the user,  that allows us to run an operating system within another operating system,  with all the advantages that this represents.

In other words, if we are Linux users, for example, we can  enjoy the features of Photoshop through the installation of Windows in our favorite distribution through virtualization, beyond the fact that in this particular case in the area of ​​the penguin there are other alternatives easier to implement like Wine. 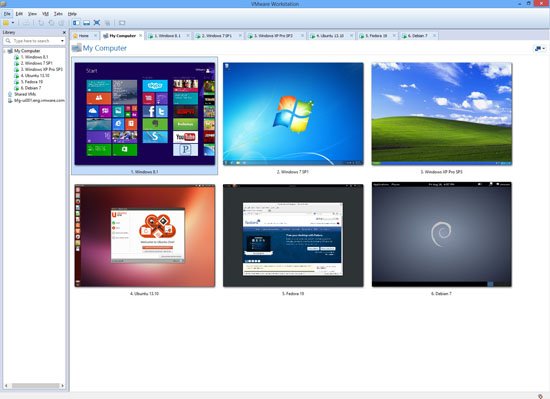 In the same way, we can run a Linux distribution such as Ubuntu, Fedora or Elementary or even Android within a Windows installation,  that is, we can have on the same computer, and using the same resources, two different operating systems, with all the advantages that this means.

Although it may seem difficult, the truth is that it does not represent any kind of difficulty nor is it necessary to have any special training to be able to implement a virtualized operating system,  knowing how to install Windows, Linux or Mac on a computer is enough to enter the wonderful world of the virtualization. 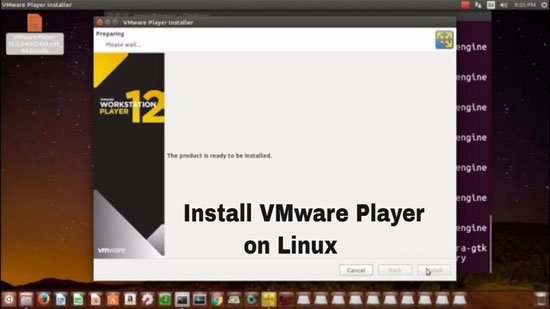 Basically virtualization is a technique that through hardware and software is capable of creating a virtual computing environment, also called simulated, in which to run software and install hardware in an environment that is not physical.

In reality, the environment where this software runs is of course physical, since it is located on a computer, but it is called this way because it is encapsulated within the operating system where virtualization is running , therefore the programs that we execute in said environment “believe” that they do so in their native environment. 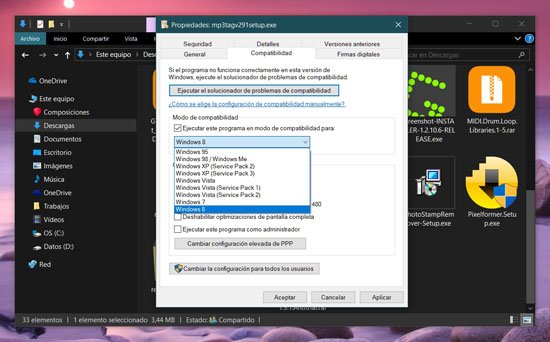 The virtualization technique is widely used in companies and SMEs to simulate, on a single PC, that they have the computers, operating systems and applications to perform various dedicated tasks, which are often found in other OS and computers that are not compatible with Windows , the world’s leading computer platform.

Virtualization allows companies to manage their resources more efficiently, especially in SMEs, where the budget never reaches, since they can use the same computer, partitioned and ready for virtualization , for many operating systems and their respective applications. , with consequent savings in operating costs. 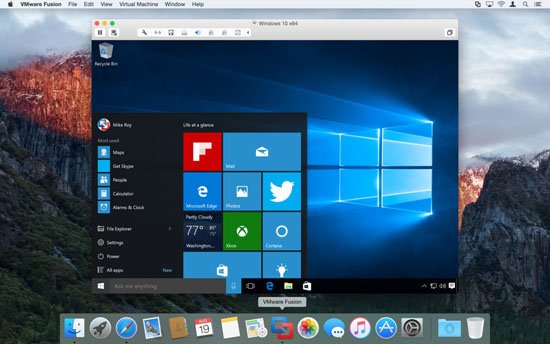 Advantages and disadvantages of virtualization

We talk a lot about advantages,  but what are the reasons why an ordinary user would need a virtualized operating system?  It is well known that virtualization is a fundamental tool for developers and people who are fully dedicated to computing, since through this system they can  test their ideas and designs on many different platforms without the need for hardware and software resources that would be necessary for this, being able to switch between different operating environments with extreme ease.

The common user can save the user considerable money in the renewal of peripheral devices essential for their work such as printers, scanners or other devices that are no longer supported by their manufacturers, and therefore drivers have not been developed for the newer versions of Windows.

In this sense, if we had a printer, for example, which we bought when we had Windows XP installed, and when we switched to Windows 7 or Windows 8 we did not find drivers , virtualization can play a fundamental role in this regard, since we will be able to return to enjoy its features. 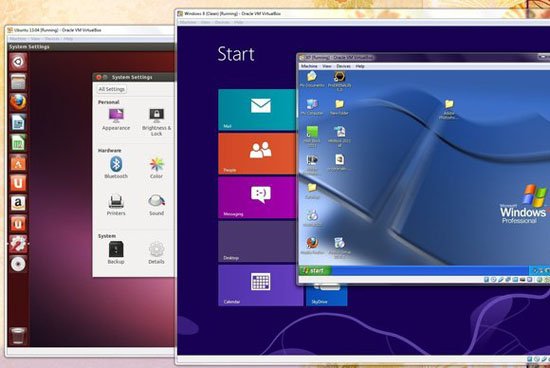 The same happens with some  applications designed for specific purposes of machine control or similar,  designed for Windows XP, and which no longer works in more modern versions of the operating system, such as Windows 10. Again, virtualization can play a role. more than important.

It is known that most computers are never used to 100% of their possibilities, and it is at this point where  virtualization takes advantage of the idle memory, disk and processor resources of the system to offer us the possibility of running two or more systems operating at the same time. 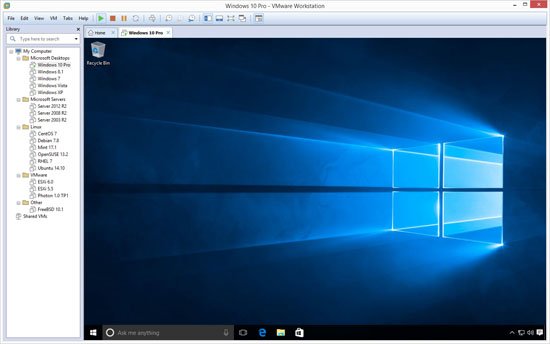 What does it take to virtualize?

So important has virtualization become in modern computing that even motherboards can include a special setting in their BIOS to achieve this more effectively. Moreover, in some cases like Windows, speaking of operating environments, some tools are included to virtualize software that has been designed for its earliest versions,  although a very smooth operation is not always achieved. 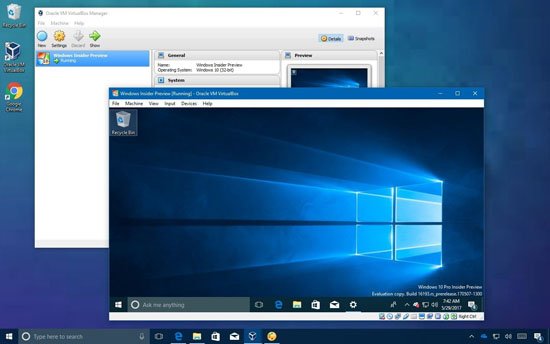 While these applications are a good starting point, the truth is that they are useless for most of the virtualization tasks that we require these days. That is why some virtualization tools designed for more general purposes are necessary  .

Fortunately, there are several in the market, but at this point we will focus on two, which in our opinion are the best that exists for these purposes, since they are very stable and easy to operate.

We are talking about  Oracle VirtualBox and VMware Player.  Two applications that can be installed and used very easily, and require little knowledge, since they work through installation wizards. It should be noted that VMWare is a paid tool, but VirtualBox is completely free.

If you wish, you can  get VirtualBox for free  by clicking on this link,  and if you also want to try  VMWare  to compare it, you can  download it from this other link. 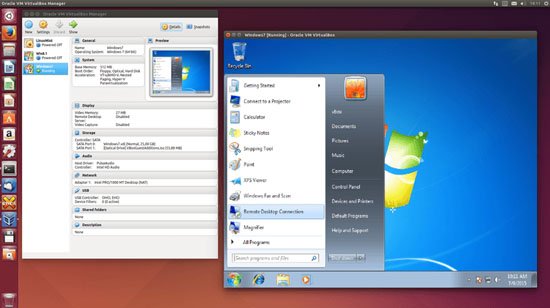 Regarding the  hardware necessary to virtualize an operating system,  it does not necessarily have to be very powerful, always speaking of basic implementations. In this sense,  any modern computer with a good processor and a good amount of memory can run two operating systems simultaneously  without its performance being impaired.

Now in the extreme case that we need something more, if it is necessary to have a good computer with multi-core processors, a lot of RAM and a good video card, since if we make intensive use of virtualization, the main processes of the PC that we are using will be greatly affected.

What is DMZ? Types and uses

What is a NAS and How to build one?