ASCII  is the acronym for  “American Standard Code for Information Interchange”  . This code was proposed by Robert W. Bemer, seeking to create codes for alphanumeric characters (letters, symbols, numbers and accents).

The development of this code was fundamentally due to the need for computers and devices from different manufacturers to have a common language with which to communicate, and thus to be able to offer a more flexible and secure compatibility between them. 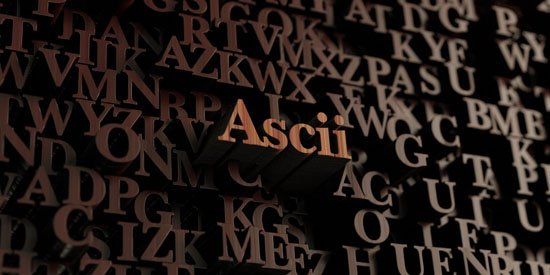 ASCII is a numerical code that represents characters,  using a decimal scale from 0 to 127. Those decimal numbers are converted by the computer into binary numbers to be further processed .  Therefore, each of the letters you write will correspond to one of these codes.

For this reason we are going to learn a little more about ASCII code, including its history, implications and uses.

What is the ASCII code for?

There is no doubt that if the ASCII code did not exist, we could hardly be writing this, or reading it. The ASCII code precisely allows us this, that is, to encode combinations of characters and symbols , which computers use internally to manage text, in words, instructions and letters that humans can understand, which makes the task of using a computer the most simple of the world.

It could be said that ASCII code is a kind of universal language of computers , not in the sense of a programming language, but in the deepest bowels of the device, where the binary system translates our instructions into language that can be understood by processors and devices.

As we know, binary language makes it possible for the computer to do things, translating the instructions that we give to the device and vice versa, that is, the answers that the computer, tablet or smart cell phone offers us.

In the same way, the ASCII code allows us to communicate with the computer in our native language without having to know how it works internally, that is, the introduction of commands and text to the computer is completely transparent for the user, since the system translates from automatically all the “A”, “C”, “P” and other letters and symbols that we enter through the keyboard or other means to a form understandable by the electronics that make it up. 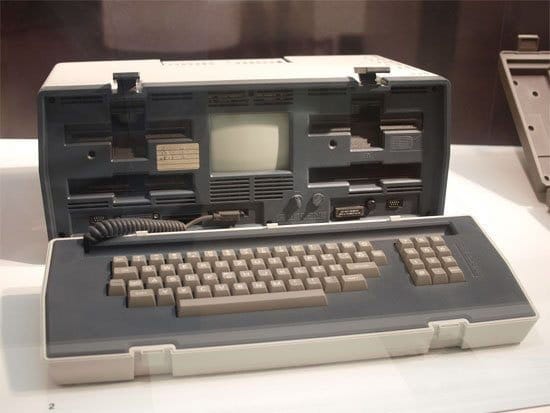 The history of the ASCII code

The ASCII code, or American Standard Code for Information Interchange, as mentioned above, has its origin in the Second World War. Precisely in 1945, the telegraph system required a standard and reliable method to transmit more information in a clearer and more secure way.

To do this, Bell Laboratories got down to work and developed a system that allowed messages to be sent using the installed telegraph infrastructure. In those years, the question that was asked in those areas was how to go from Morse code to computers.

However, the answer was quite simple, since both techniques have something in common, the binary system . In the case of the telegraph, the binary system was made up of the audible signal and silence, which could be taken as binary ones and zeros. 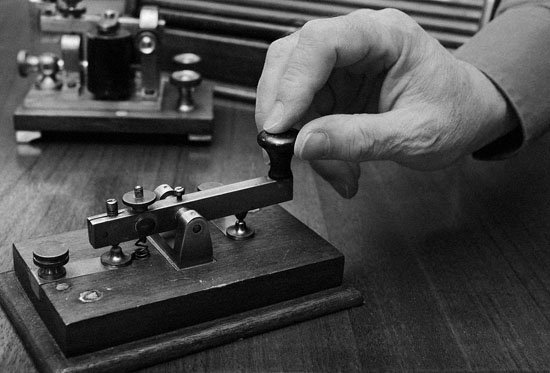 After that, more than 20 years later, almost 20 years later, the foundations of the ASCII code were laid through its officialization by the AESC (American Engineering Standards Committee), the American Committee for Engineering Standards, which would later become in the ANSI. IN that first stage, the ASCII code only included uppercase letters and numbers, but with successive revisions lowercase letters and certain other characters were added, which conformed to the US-ASCII standard. It should be noted that the last revision of the ASCII code was made in 1986.

At present, the ASCII code uses 7 bits to represent all the characters, however in its origins it used an additional bit called “parity” that was used to detect failures in data transmission. 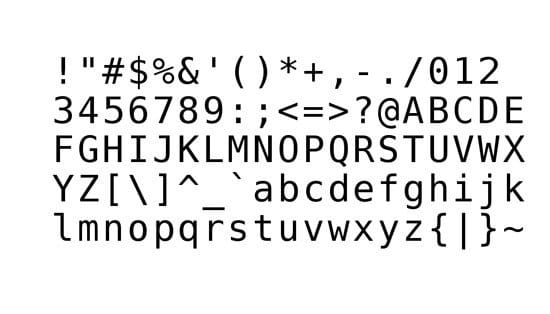 But today, the ASCII code uses a seven-bit code, which translates into the use of 7-bit strings that go from 0 to 127 in decimal base, which allows us to represent all the characters we need. 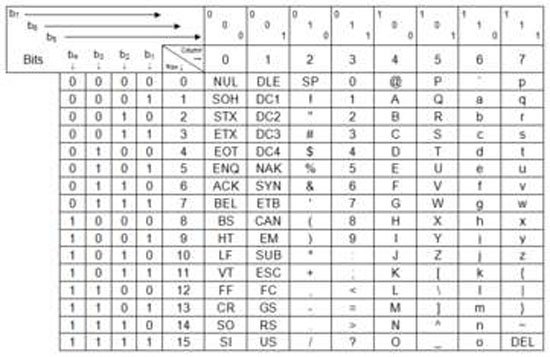 For all those who need more information about how letters, numbers and symbols are formed using the ASCII code, below these lines you will find a table with all the codes associated with ASCII. It should be noted that these codes are formed with the combination of the “Alt” key and the corresponding number. An example of this would be “Alt + 64” which results in the symbol “@”.

Up to Code 57 are all numbers

Up to code 90 are all capital letters

Up to 122 all lowercase letters

As we could see in the previous paragraphs of this post, the ASCII code still has a relevant importance within computing. In fact, we are using the ASCII code every time we use a computing device even though we are not aware of it. This means that at some point we may still need to enter an ASCII code manually, and that is why from this point on we will know how to do it, and also the most used ASCII codes and the ASCII control characters, that is, everything relative to the ASCII code that we might need to meet any need that involves the insertion of an ASCII code. 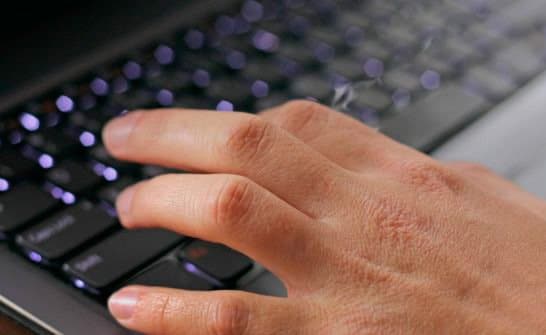 The first thing we are going to know is to enter an ASCII code anywhere we need it, be it a form, an Office suite file such as Microsoft Word or Microsoft Excel or any other document where we need to do it. It should be noted that these procedures are compatible with any operating system, computer and program in which we are working.

For this example we are going to add the ASCII code for the symbol “at” (@), which today is practically impossible that we do not have to add it in a document. To do this, we follow the simple instructions detailed below:

We look for and press the “Alt” key on our keyboard, and hold it down.

While holding down the “Alt” key , on the keyboard’s numeric keypad, press the following number progression: 064 , which corresponds to the ASCII code for the “@” symbol –

When we finish entering the aforementioned numerical progression, we release the “Alt” key , and immediately the “@” symbol will be printed on the computer screen and will be ready to be formatted, printed or included in the document.

It should be noted that the same procedure is similar for all ASCII codes, that is, the only thing we have to change is the symbol code. To do this, below these lines we have available a list with the most searched ASCII codes, so that you can quickly and efficiently select any ASCII code you need.

The most searched ASCII codes

The ASCII code, which could be pronounced as “ASKI” as mentioned earlier in this post, was created in the early 1960s with the purpose of establishing a standard for data transmission.

In this sense, the ASCII code contains all the characters and symbols that can be represented in a computer system . ASCII codes are extremely useful for when we want to represent a character or symbol that is not physically found on an input peripheral such as a keyboard.

Above in this post we already learned how to enter an ASCII code in a document, so if we already have the character or symbol that you want to enter in said document , in the collection of ASCII codes that we present below these lines, in which you will find the Most wanted ASCII codes for office apps, messaging, ASCII codes for math, mail, and more.

From this point on, we will find the ASCII Codes to obtain the numbers, which although it may be difficult for us to need them, it is always good to know, especially if we study some type of career related to programming or computing.

Here you will find the list with the ASCII codes with the most used mathematical symbols in this field, which are frequently used to enter mathematical texts or in mathematical operations.

Basically, and speaking of the field of computing, an ASCII control character is a non-printable character that is used for the purposes of sending and receiving orders internally in a computing device. An example of this would be being able to send a stop command to a printing device.

In the event that we are studying a career related to computing, this information can be very useful. That is why below these lines we will find a list with the most used ASCII control codes.

Around the world there are also many people who use this ancient code to express their art. Although at first it began as an experiment for the creation of art with new technologies, the truth is that nowadays there are not many artists completely dedicated to this discipline, but it is also a specialty that continues to generate followers with the passage of time. the years.

Usually these artists compose their images with software dedicated to it, but the most purists maintain  that the true essence of this art is direct composition in a text editor .

But for those new to the subject, it is best to start with something simple, and  ASCII Art Studio  is one of the best tools for that.

Megapost Linux: What is it? His story. The good and the bad of Linux.

What is a computer program?

What is 5G Internet? Speed!