In this post you will learn a little more in depth about the concept called computer system , a fundamental piece in the gear of current computing.

So important is its role in today’s society that it is practically impossible to think of separating the human being from a computer or information system .

Such is the symbiosis between the two, that without these elements in their hands, Humanity at this point in its history could not continue to develop.

This fact is notoriously visible when you observe the habits of the common user, that is, one who uses the various services offered by the Internet with their tablet, cell phone or notebook.

Or connecting to social media or video streaming platforms like never before. All of this depends on computer systems, and hence the importance of really knowing where they are in the chain.

This is the main reason for this article. That you know everything that is under your electronic device. 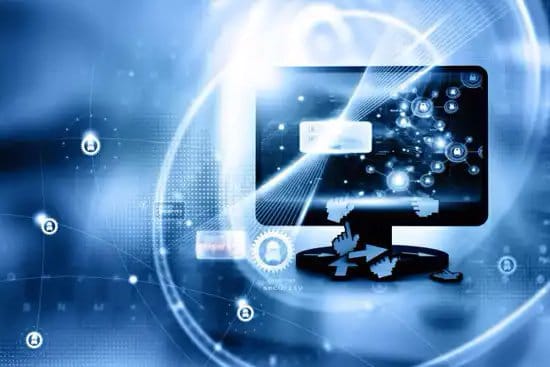 Basically,  a computer system,  better known in the field of technology by its acronym  “SI”  is a technique that allows the storage and processing of information. To do this, it uses a group of elements that are related to each other.

These elements are none other than the hardware, the software and finally the user, who is the one who requires the processed information . He is also the one who ultimately has full control of what happens in the system.

A few decades ago,  the components that made up a computer system used to be all produced by the same manufacturer.  In those days there was no standard of any kind that allowed physical components from different manufacturers to work with each other.

For example, monitors, printers, expansion cards and any other type of peripheral could not be used in a computer of another brand. It just wasn’t recognized for not having the same communication standard. 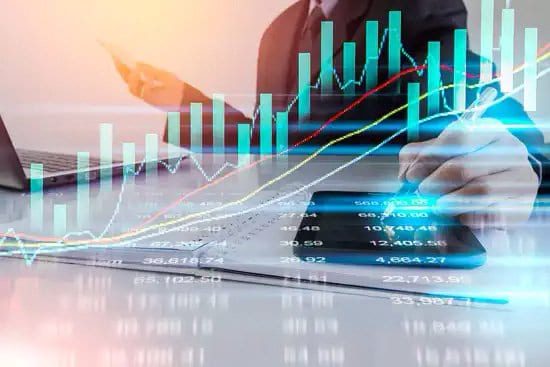 The same thing happened in the field of software. Programs could only be run on the computer for which they were designed.

Of course, this hindered a lot the growth of the companies, and they had to be tied to the whims and designs of the manufacturer they had chosen to supply their computing needs.

Fortunately, this is not the case today, thanks to the so-called  “open systems”. These allow you to use different components from different manufacturers without compatibility problems.

All this is thanks to the latest generation integrated circuits and the advancement of technology related to them.

This allowed the hardware and software necessary to implement a computer system to be readily and relatively inexpensively available.

With this, smaller companies were able to access these computing resources and grow. 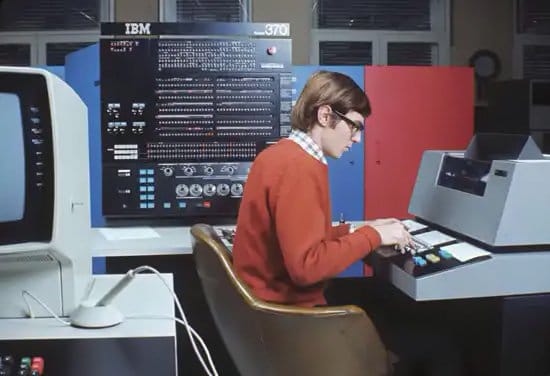 Components of a computer system

Basically, a computer system is composed of several elements, which must work together to offer a certain result.

To understand the subject a little better, here are the elements that make up a computer system:

Physical component:  Basically it is the hardware of the computer system. That is, computers, their internal components such as memories, CPU and others. Also the input and output peripherals such as modems, printers, monitors, and any device that connects to this hardware.

The logic components are what provide the capacity and processing power for the computer system to function. 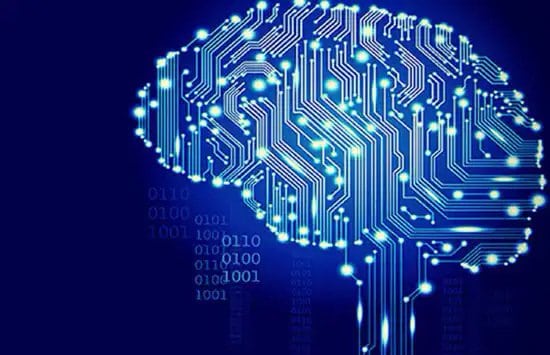 This component is none other than  the computer system software.

This is made up in the first instance by the firmware, the operating system and the data management system itself.

In addition, its documentation and the data it processes and manages must be counted as part of the software. The software is in charge of distributing, storing and processing and the data that is entered into it. 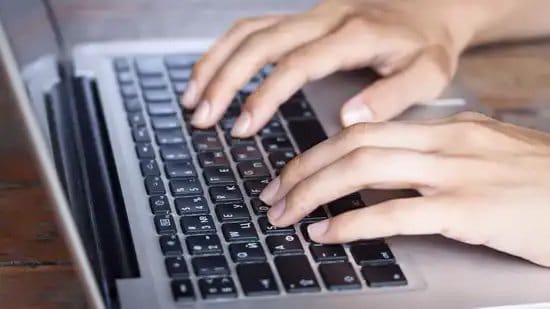 Also called “Humanware” many times  ,  this component is made up of users, that is, those who use the two previous components.

In this sense, all those who have participated in its development, ie engineers, programmers and systems analysts , should also be considered as  “Humanware”  .

The human factor of a computer system is extremely important,  since in addition to operating said system, they are also in charge of technical support and maintenance. 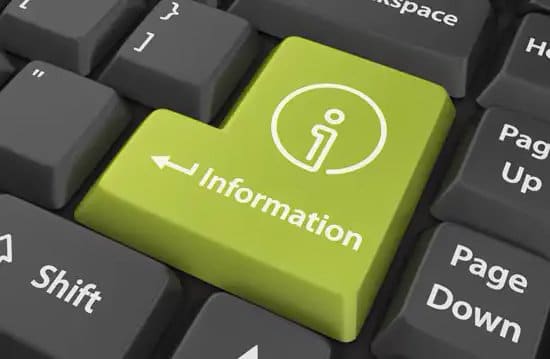 Structure of a computer system

For a better categorization, computer systems are usually structured in Subsystems, which we explain below:

Computer  systems  have a really important presence in our days, and without them, you would not be able to perform almost any of the tasks that you usually do throughout the day. 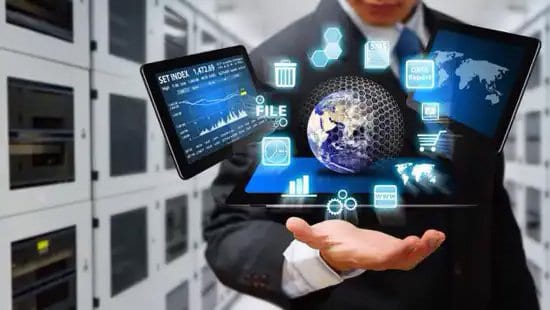 It is because of this diversity that  computer systems must be classified, which is done based on multiple criteria.

Classifications are never rigid, as hybrid computing systems are numerous, and cannot be easily cataloged.

Basically, they are the following:

Likewise, computer systems are currently classified into a total of 6 types, varying according to the area in which they are implemented.

From this point, you will find the different types of computer systems  that exist today.

A system like this can help them in the process of making a decision to solve problems and thereby be able to diagram the guidelines for selecting the best option . Or also to predict future scenarios to face new challenges. 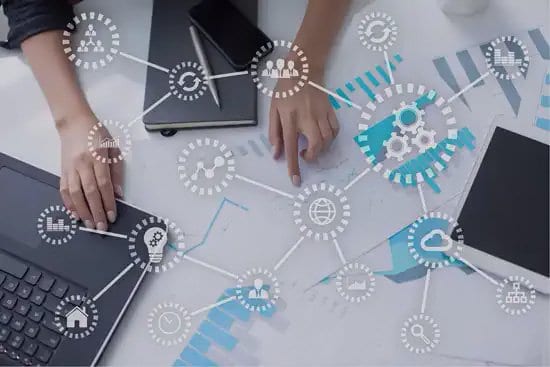 The  business process control systems , also known as “ BPM”  from the English  “Business Process Management” . These are the systems in charge of monitoring, controlling and managing any industrialization process.

In this  type of computer system,  electronic sensors connected to computers are used to directly monitor the process that the machinery is carrying out, in order to control that it is carried out with total efficiency. 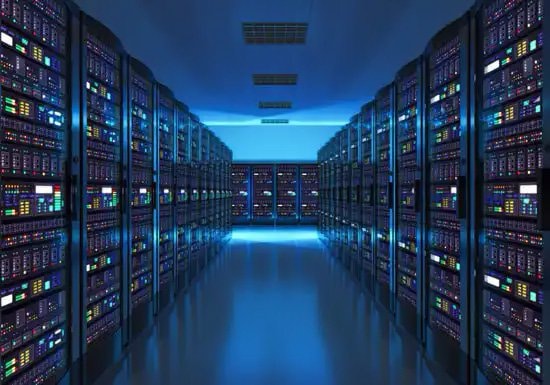 The  systems  ERP by its acronym  “Enterprise resource planning”  are one of the clearest examples of computer system.

ERP systems, known in Spanish as  “Business collaboration systems”, are the type of computer system most used by companies around the world.

This is because they allow companies to manage the large amount of information that circulates within it.

The particularity of  ERP is that it is a  computer system that is not for specific use at a specific level of a company. In this sense, they are capable of providing services to a significant range of users in many areas of the company. 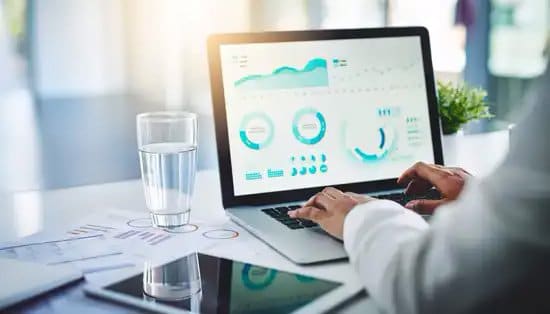 This is a computer system capable of  providing immediate access to all the variety of critical information that the company produces,  both from internal and external sources.

This information obtained is presented in various forms, according to the need to deepen it. This is always done in a format that can be easily viewed and understood at a glance.

Like executive information systems,  in the case of computer systems they have been developed with the aim of generating all kinds of data and information.

This information is characterized by being sufficiently compact, that is, in a simplified version which presents the entire operation of the company. In this way it can be analyzed quickly, but at the same time reliable. 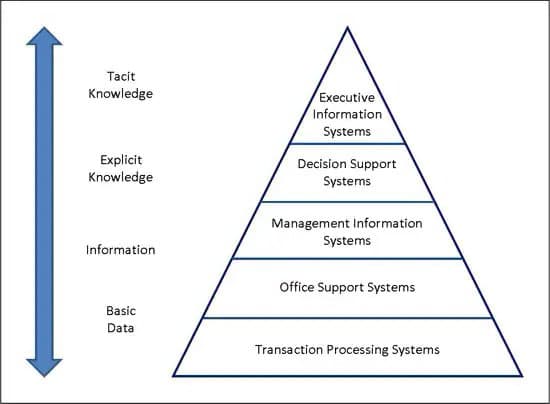 In this sense, you must bear in mind that  the executive information system  ultimately aims to provide all the necessary data to the company’s senior managers.

With this data, executives can make the right strategic decisions.

These are used to manage everything related to the operational level of the organization.

Basically,  a transaction processing system is a computer system that stores and processes all the transactions that take place on the day.

These operations are necessary and very important for the normal operation of any company.

These types of computer systems are found deep in the hierarchy of an organization and provide all the computing resources for the daily operations of the company. 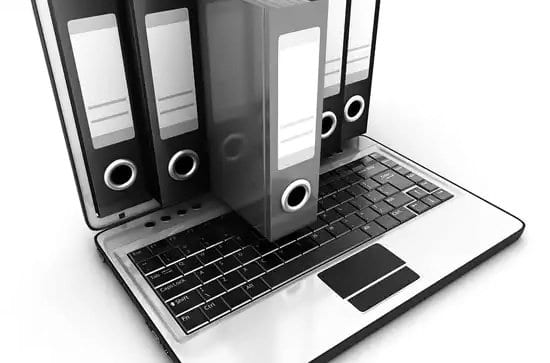 These are computer systems capable of collecting and managing multi-level data in order to have a clearer picture when making business decisions.

The most important characteristic of a computer system of this type is its ability to generate reports.

These will be very useful for operational management  and total control of all transaction processing activities carried out at administrative levels. 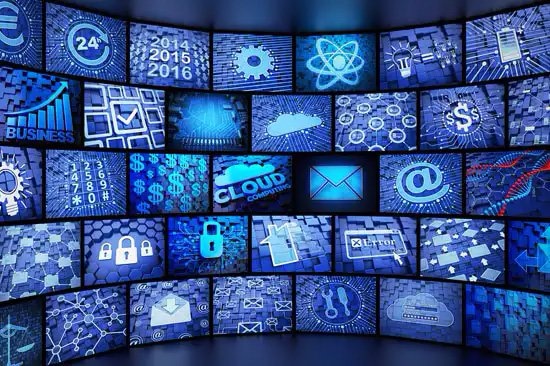 For this, the management information systems are fed by the data collected by another computer system,  the TPS or Transaction Processing System. These data are processed as reports and distributed to the supervisory areas.

This is in order to have all the control tools for a correct supervision of the processes.

In other words,  the computerized management system is the type of system that feeds on internal data.

This means that this computer system’s main objective is to process and summarize all this information in reports. These will then be used to support management activities and decision-making in the company.

How a computer system works

One of the key aspects of a computer system is that it can be part of an information system.

In this way, access to said information and the subsequent use of it is not always computerized. This means that it can be presented in a variety of ways and not just in digital format. 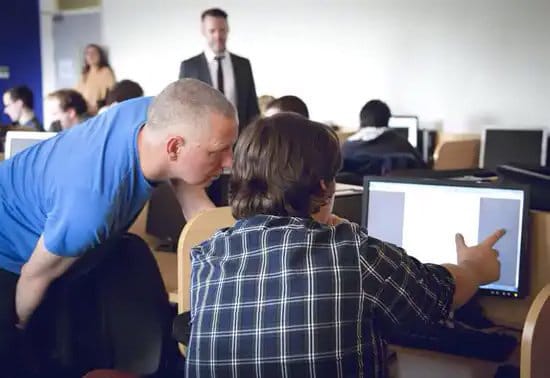 A clear example of this could be the book file systems used by a library that has not yet been digitized.

However, this file system is ultimately an information system.

If this information system is combined in computer networks to assist in the different tasks of the library, then it would be a true computer system.

Finally, it should be noted, as we have already mentioned, that when we refer to the concept of  “computer system”  we are ultimately talking about a platform.

A platform in which hardware and software elements basically participate , which was designed to fulfill a specific purpose.

The mission of this computer system can be to offer the company a manufacturing control system, an accounting system , a distribution and logistics system, and others.

But in addition,  the concept can also be related to a set of computers connected to each other by an internal network.

Through which the different departments of the company share information, data and even software or peripheral equipment, such as a network printer for example.

Comparison with an information system

Although the concept of a computer system may be similar to what an information system means, there are certain and marked differences.

Basically, they are the following:

But the concepts have more important differences, especially in substantive matters such as their implementation and objective. 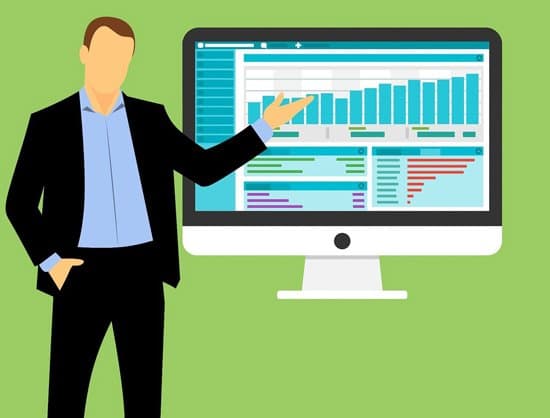 In this type of technology, multiple tasks can be carried out, with just one operator.

If we add to this the appropriate software and hardware for each task, as well as a qualified operator for it, you will have a complete computer system.

The examples of complete computer systems that you can find in any office or company are the following:

What is a stalker? Meaning of stalkear

What is the Bitrate? Bit rate