Email has become a fundamental tool for communication between people, companies and organizations around the world. Since its inception, email, as electronic mail is also known, has not stopped offering services, even going so far as to replace the traditional mail system of letters with couriers and postmen in all parts of the globe, mainly due to its security and speed. .

In order to achieve the degree of speed and security, in addition to the variety of services provided by email, it is necessary that email is framed within certain standards, which allow the system to be transparent and that all mail management applications and webmail work in the same way, mainly to ensure compatibility between the various systems and ensure that the user obtains the desired result regardless of the platform or software used to manage their mail. 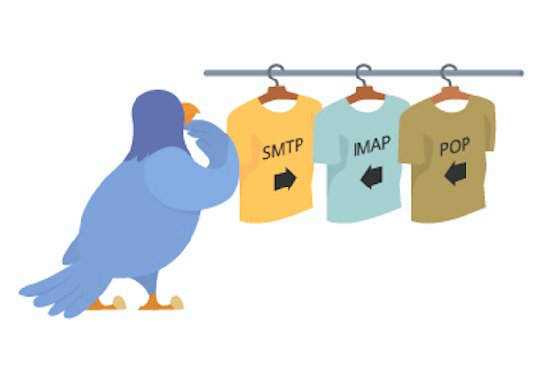 In this sense, one of the most important tools of email are the so-called “Email protocols”. These email protocols are three, and their main function is to ensure the sending and receiving of emails safely and simply. The three email protocols that exist today are the IMAP protocol, SMTP, and the POP protocol.

From this point on, we will learn about the characteristics of each of these email protocols, their advantages and disadvantages, and also the differences that exist between them.

The POP protocol, which in Spanish means “Post Office Protocol” is currently the email protocol most used by email clients such as Windows Mail, Outlook, Gmail and others, applications and services that use it to collect messages on the email server, in conjunction with SMTP , another protocol that we will talk about later. 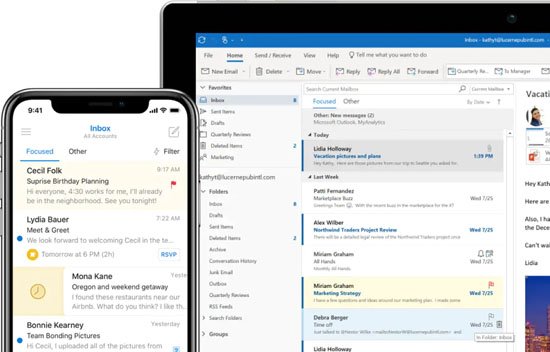 Some of the most common characteristics of the POP mail protocol are the possibility of leaving messages on the server, or the possibility that it offers its users to download the emails to their own computers to read them later, a fundamental aspect when we have connections. weak internet .

In the POP protocol , e-mail messages are transferred from the server to the local computer when the user connects to the server. After receiving the messages, the connection can be interrupted, proceeding to read the messages without having to continue connected to the server.

Basically, when we talk about POP3, we are talking about the latest version of the POP protocol. This mail protocol was introduced in the early 1980s, with two previous versions, POP1 and POP2 , succeeding each other , which over the years became obsolete due to the growth of the Internet and of the email traffic itself. 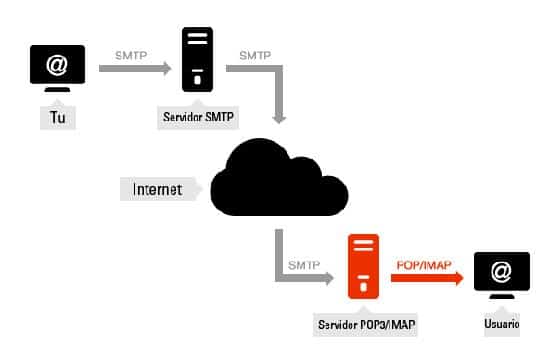 In other words, when we generally talk about POP3 we are talking about the third version of the protocol, but for the purpose of being able to name it and cite it easily, it is simply called “POP Protocol”.

Basically, the SMTP protocol, which in Spanish means “Simple Mail Transfer Protocol” is an email protocol launched in the early 1980s that is used to exchange email messages between devices.

Due to certain limitations in the use of this mail protocol, such as the limitation in receiving messages on the destination server, that is, in the queue of received messages, it is used in conjunction with other protocols such as IMAP or POP. the latter being mainly in charge of covering this need. 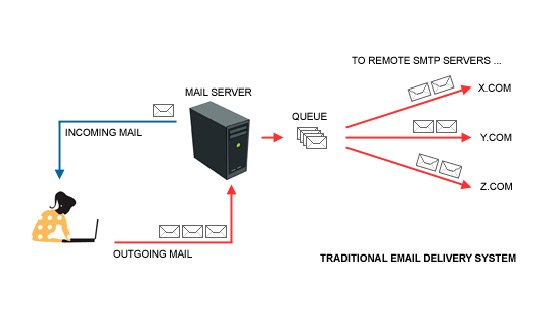 In this work team, the SMTP protocol has the specific task of sending e-mail, and the reception of e-mail messages is in charge of the IMAP or POP protocols , according to the structure in place.

IMAP was designed and commissioned in 1986 by Mark Crispin as an alternative with better performance and features than the POP protocol . Basically both protocols allow the user, or rather the mail client, to access the e-mail messages that have been stored on the server. 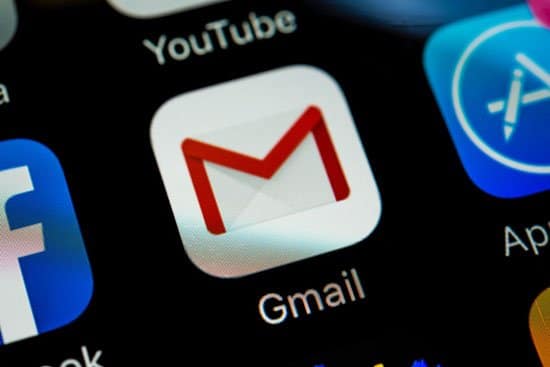 The messages are kept on the email server, although the user accesses them as if they were locally. This option is useful for people who read their emails on different computers or mobile devices such as tablets or cell phones.

The IMAP protocol offers multiple advantages over the POP protocol, such as the ability to specify server-side folders for the purpose of sorting email. But on the other hand it is more complicated than the POP mail protocol since we can see the mail messages remotely, and not downloading them in the way that the POP protocol does.

It should be noted that although mail managers use POP or IMAP protocols to obtain messages from the server, SMTP will always be used to send the messages. 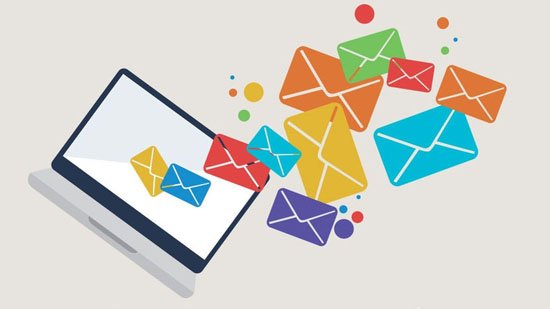 Differences between POP3 and IMAP

Basically, the big difference between the POP3 email protocol and the IMAP protocol is that the former protocol was designed to receive email, not to send it. The main objective of the development of this type of mail protocol is none other than to provide the user with the possibility of managing email without having to be connected all the time, which in most of the time is an excellent advantage for users who have weak Internet or telephone connections.

This fact allows us to download email while we have a stable Internet connection and check it later when we are offline or out of range. 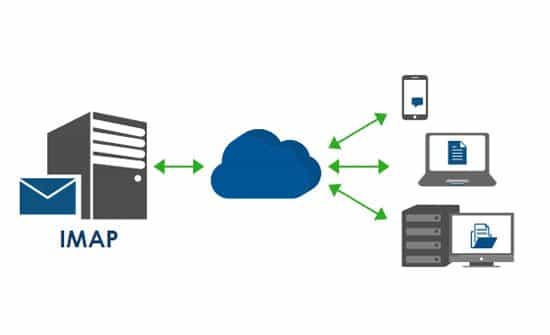 In contrast , the IMAP protocol allows connected and disconnected modes of operation, which allows us to leave email messages on the server until we decide to delete them manually, which allows us to read them later from other computers or mobile devices such as tablets. or cell phones.

The great disadvantage of the IMAP email protocol is that both to download and write emails we have to be connected to the Internet at all times, which often comes with an extra cost that can sometimes be high in economic terms. 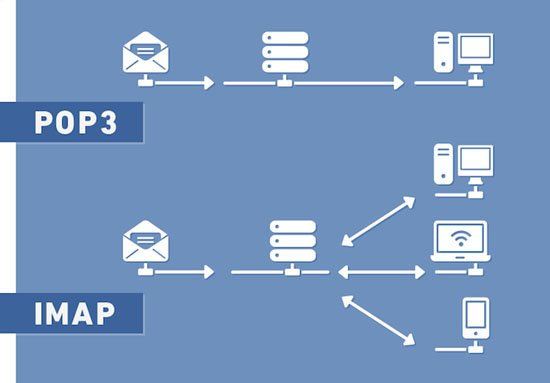 In the case of not having an Internet connection at the time of needing to read the emails, we will not be able to do so because the messages are stored on the email server and not on our computer or device.

Differences between a notebook, laptop, netbook, hybrids, ultrabooks and PC

Information systems in the company. Its importance

Ports and connectors of a computer

How to format a PC? What should I save before?